Protecting What's Important to You Serious Legal Counsel
Contact Us Now For a Free Consultation
Please click Award & Selection Criteria & Methodology for information regarding the specific criteria used for selection of each of the above awards.
Home
Attorney Profiles
Charles C. Rifici 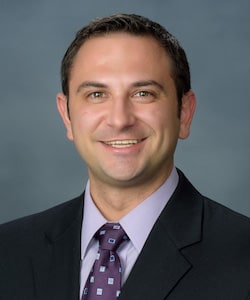 Charles C. Rifici, Esq. joined Kearns Rotolo Law in 2014 after completing a family clerkship with the Honorable Anthony F. Picheca, Jr., J.S.C. in Somerset County. Charles received his J.D. from Rutgers School of Law – Camden in 2013. In law school, he was selected to be a Marshall Brennan Fellow, a program that teaches the Constitution to high school students in Camden. He was also the Managing Research Editor for the Rutgers Journal of Law and Public Policy, and a Student Bar Association representative. Charles is a member of the New Jersey and Pennsylvania Bars as well as the Hunterdon County Bar Association and the New Jersey State Bar Association. 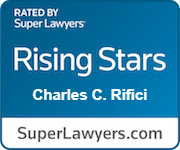 In 2022 Charles was selected to the list of New Jersey Rising Stars. The is his sixth year of selection to the Rising Stars list which is generated by the Thomson Reuters organization according to the methodology and set of standards set forth in "Super Lawyers Selection Methodology." [No aspect of this advertisement has been approved by the Supreme Court.]

Charles was included in the 2022 edition of The Best Lawyers in America: Ones to Watch© for his work in Family Law. Inclusion on this list is based on peer review to capture a consensus opinion of leading lawyers regarding the professional abilities of their colleagues. Further details on the selection methodology can be found on the Best Lawyers website. [No aspect of this advertisement has been approved by the Supreme Court.]

Charles graduated from Rutgers University – New Brunswick in 2009 with a B.A. in English, Psychology, and Criminal Justice. At Rutgers, Charles played for the club soccer team and was a four-year participant in the Rutgers University Dance Marathon, which raises money each year to support children with cancer and their families.