Protecting What's Important to You Serious Legal Counsel
Contact Us Now For a Free Consultation
Please click Award & Selection Criteria & Methodology for information regarding the specific criteria used for selection of each of the above awards.
Home
Attorney Profiles
Robert B. Reed 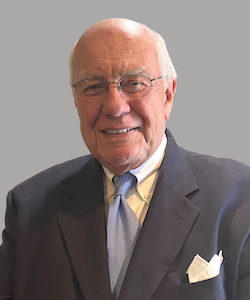 Robert B. Reed, a retired Presiding Judge of the Criminal Division, Vicinage 13, of the Superior Court of New Jersey, has joined the Firm in an of counsel capacity effective February 15, 2022.

Initially appointed to the Superior Court on October 24, 2004, Judge Reed served for 14 years in the Court’s Civil, Probate, Chancery, Family, and Criminal Divisions for Somerset, Hunterdon, and Warren counties before retiring on July 30, 2018. Upon retirement from the bench, Judge Reed was recalled to judicial service by Order of the Chief Justice and continued to serve as a recall judge almost exclusively in the Family Division through September 2021.

At the Firm, Judge Reed serves as a mediator/arbitrator, as well as special discovery master and consultant to individuals and organizations, including other law firms and their clients. When serving as a consultant, he is particularly helpful in complex criminal, civil, and family matters.