Protecting What's Important to You Serious Legal Counsel
Contact Us Now For a Free Consultation
Please click Award & Selection Criteria & Methodology for information regarding the specific criteria used for selection of each of the above awards.
Home
Attorney Profiles
William E. Reutelhuber 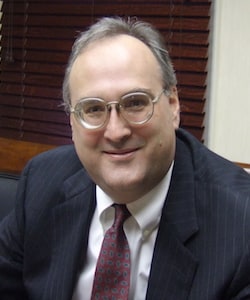 William Reutelhuber, Esq. rejoined the Firm in 2015 after having first been a member from 2008 to 2012. Mr. Reutelhuber has extensive experience and expertise in handling financially complex matrimonial cases typically involving professionals, executives, and business owners with additional expertise in handling general civil litigation cases ranging from personal injury to securities fraud, bankruptcy filings and asbestos defense.

Mr. Reutelhuber was admitted to practice before the New Jersey Judiciary and the United States District Court - District of New Jersey in 1995 and was admitted to the New York Bar in 2002. Before attending law school, he attended Rensselaer Polytechnic University and received a B.S. degree in electrical engineering in 1985. Following college, William Reutelhuber was employed by Fairchild Semiconductor (2 years), and by Linear Technology Corp. (5 years) in Silicon Valley.

Prior to joining Kearns Rotolo Law in 2008, William Reutelhuber practiced law with the firm of Ulrichsen, Amarel & Eory and was of counsel to the law firm of Leonard & Butler. He also performed per diem legal research and writing services for other attorneys, primarily in the matrimonial law field.