Protecting What's Important to You Serious Legal Counsel
Contact Us Now For a Free Consultation
Please click Award & Selection Criteria & Methodology for information regarding the specific criteria used for selection of each of the above awards.
Home
Attorney Profiles
Victor A. Rotolo 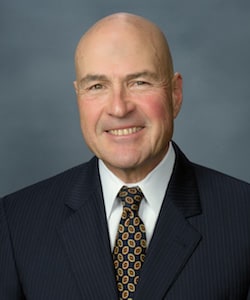 Victor A. Rotolo is the founding partner of Kearns Rotolo Law and is an accomplished advocate with three primary areas of expertise:

Before entering law school, Victor spent two years as a police officer in Elizabeth, New Jersey. He was the Valedictorian of the 1978 Union County Police Academy graduating class. Victor was featured in a New Jersey Monthly article where both his career as a police officer and an attorney were highlighted.

In 1996, Victor Rotolo achieved and has since maintained the highest rating of "AV" by Martindale-Hubbell, the oldest nationally recognized legal reference company in the country. Martindale-Hubbell employs the following methodology and set of standards to determine ratings. Martindale-Hubbell Peer Review Ratings Methodology [No aspect of this advertisement has been approved by the Supreme Court.]

Victor A. Rotolo is certified by the Supreme Court of New Jersey as a Civil Trial Attorney.

"A certified attorney is more than just an attorney who specializes in a particular area of law. A New Jersey attorney who is certified by the Supreme Court as a civil trial attorney must have:

Appointed by the New Jersey Supreme Court to the Supreme Court of New Jersey District XIII Ethics Committee from 2009 to 2011, Victor  was honored to serve as both the Vice Chair and Chair; he is a member of the New Jersey State Bar Association and a former judge on the Yale Mock Trial Invitational sponsored by Yale University. Victor served on the Pastoral Committee at the Church of St. Joseph in High Bridge, NJ and also served on the Anderson House Board, a non-profit organization which assists women recovering from alcoholism and drug addiction.

Victor is admitted to practice in all New Jersey Courts, U.S. District Courts, the Third Circuit Court of Appeals, and the U.S. Tax Court. Additionally, Victor is a member of the Somerset County Bar Association as well as a member of the Hunterdon County Bar Association where he served as chair of its Bench/Bar Liaison and Unauthorized Practice of Law Committees. He is also on the Civil Practice and Due Diligence committees and serves as a commentator at the Institute for Continuing Legal Education (ICLE).

Victor taught trial practice to lawyers as an Adjunct Faculty Member of Hofstra University School of Law’s Trial Advocacy Program with The National Institute for Trial Advocacy Program. Victor is an Arbitrator for the American Arbitration Association with the New Jersey Courts. Additionally, Victor has been appointed by the Court as a Discovery Master in complex contentious litigation.

DISCLAIMER: Sending us an e-mail will not make you a client of our firm. Until we have agreed to represent you, anything you send us will not be confidential or privileged. The best way for you to inquire about a possible representation is to call a Kearns Rotolo Law attorney at the telephone number listed. An attorney will first take you through our conflict of interest procedure and see that you are put in touch with the lawyer best suited to handle your matter. If you proceed with an e-mail, you confirm that you have read and understand this notice.
Education