Protecting What's Important to You Serious Legal Counsel
Contact Us Now For a Free Consultation
Please click Award & Selection Criteria & Methodology for information regarding the specific criteria used for selection of each of the above awards.
Home
Attorney Profiles
Anthony P. Kearns III 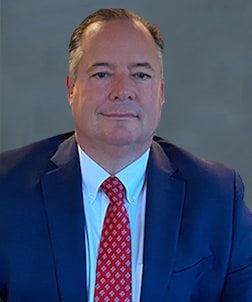 Anthony P. Kearns, III joined with Victor A. Rotolo to form Kearns Rotolo Law as of January 2022. In his role as managing partner and as a highly skilled courtroom advocate, Mr. Kearns will continue to focus on matters pertaining to criminal defense, personal injury, family law, municipal matters and domestic violence.
As a criminal defense attorney with statewide recognition, Mr. Kearns has the distinction of having worked both sides of the criminal justice system. A former Hunterdon County Prosecutor, Mr. Kearns was only one to have been appointed to this position for two terms, making him Hunterdon’s longest serving prosecutor. As the county’s Chief Law Enforcement Officer, Mr. Kearns managed and led of team of nine assistant prosecutors and approximately 30 detectives with the goal of detecting, prosecuting and preventing criminal activities. This experience gives Mr. Kearns unique insight into how the state prepares and prosecutes criminal cases, which he then uses to mount skilled and powerful defenses of the charges against his clients.
While Prosecutor, Mr. Kearns was invested in improving the quality of life for all residents of Hunterdon County and worked in partnership with other local leaders to implement several community programs designed to achieve that. Among those programs were:
Prior to his tenure as Prosecutor, Mr. Kearns was a partner in the Firm of Rylak, Gianos, Kearns, & Phillips from May 2005, through December 2010, having initially joined that firm as general practitioner in December 2002. While there he focused his practice on criminal, family, and land use law and served as attorney to the Alexandria Township Board of Adjustment and the Stockton Borough Joint Planning Board/Board of Adjustment.
From March 1999 through December 2002, Mr. Kearns held the position of Deputy Attorney General for the Attorney General of New Jersey. As Deputy Attorney General, Mr. Kearns prosecuted licensees for various professional boards, as well as prosecuting for the Division of Youth & Family Services and before the Office of Administrative Law, State and Federal Courts. He also served as Counsel to Special Medical Guardian at UMDNJ Hospitals, represented the State in National Association of Attorney General actions and served as a member of the Racing Commission Task Force.
Mr. Kearns began accumulating his legal experience while a student and immediately after graduation, having worked as Assistant to the Registrar for the Norfolk County Registry of Deed in Dedham, MA; Family Law Student Attorney for the Great Boston Legal Services in Boston, MA; Prosecuting Student Attorney for the Norfolk County District Attorney’s Office in Quincy, MA; and Law Clerk in Insurance Defense with McLeod & Mahoney on behalf of Travelers Insurance Corp. in Boston.
Throughout his career, Mr. Kearns has been a vibrant contributor to the legal community. His contributions include serving as President of the County Prosecutors Association of New Jersey (Sept. 2013 – Oct. 2014), and the New Jersey delegate for that Association from November 2017 to present; being a member of the Executive Board of the Hunterdon County Bar Association (Sept. 2005 – Sept. 2015), serving as President of that Board from September 2009 through September 2010.
Mr. Kearns’ commitment to his community is evidenced by his affiliation with a number community-oriented committees and organizations including the Mental Health Initiatives Inter-branch Implementation Committee, the Inter-branch Advisory Committee on Mental Health Initiatives, the Hunterdon Health Care System, Catholic Charities Diocese of Metuchen, Hunterdon Drug Awareness, Prevention Resources (Hunterdon), Rotary International, Knights of Columbus, Pastoral Council for Immaculate Conception Church in Clinton, NJ, the Quincy Inter-Faith Shelter Coalition, and the Literacy Skill Development Program, to name a few.
Mr. Kearns currently serves as Chancellor of the Diocese of Metuchen. He and his wife, Paula, are parents to four children.
DISCLAIMER: Sending us an e-mail will not make you a client of our firm. Until we have agreed to represent you, anything you send us will not be confidential or privileged. The best way for you to inquire about a possible representation is to call a Kearns Rotolo Law attorney at the telephone number listed. An attorney will first take you through our conflict of interest procedure and see that you are put in touch with the lawyer best suited to handle your matter. If you proceed with an e-mail, you confirm that you have read and understand this notice.
Education