Protecting What's Important to You Serious Legal Counsel
Contact Us Now For a Free Consultation
Please click Award & Selection Criteria & Methodology for information regarding the specific criteria used for selection of each of the above awards.
Home
Community News
September 2021 - Clearing the Record in Marijuana Cases 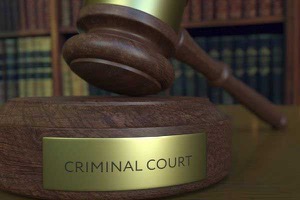 If you or a loved one was charged with possession of marijuana, you may wonder how New Jersey’s new marijuana legislation affects previous convictions. The topic is complex.

The new State laws, in part, legalize the use and possession of marijuana by those age 21 or older, specifically possession and use of six ounces or less of marijuana on private property. The new laws decriminalized certain activities including:

Before this change, more than 30,000 marijuana-related arrests a year were made in New Jersey. With the new laws, State lawmakers now had to contend with how to handle prior convictions for activities no longer considered illegal.

Addressing this issue, State lawmakers ruled that all pending marijuana-related cases occurring on or before February 22, 2021, falling within the parameters of the new laws be dismissed. Additionally, all cases previously resolved through guilty pleas or verdicts be vacated, resulting in remaining time on jail sentences or ongoing supervision programs and unpaid financial assessments being forgiven. This, however, does not clear a person’s criminal record, which can hinder the ability to find employment, housing and obtain certain loans. The way to clear a criminal record is through expungement.

Expungement is the process in which a record of criminal conviction is sealed or, in some cases, destroyed; in effect, it is as if the conviction never occurred. State lawmakers ruled that criminal records of those who had their marijuana-related charges dismissed or convictions vacated would be expunged automatically. However, currently only completely digitized cases (i.e. those cases fully converted to electronic files) can be automatically expunged. An automated process for expunging cases with a hard-copy records, unfortunately, has yet to be developed.

There are an estimated 360,000 marijuana-related cases in New Jersey that qualify for expungement. If you have a case you believe qualifies for expungement, consider seeking counsel of a qualified attorney to help clear your record.