Protecting What's Important to You Serious Legal Counsel
Contact Us Now For a Free Consultation
Please click Award & Selection Criteria & Methodology for information regarding the specific criteria used for selection of each of the above awards.
Home
Community News
September 2019 - Seen Any Good Movies Lately? 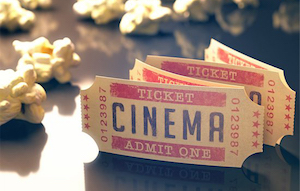 Courtrooms are full of drama and with good reason – there’s a lot at stake for the people involved in the proceedings. Whether seeking justice for a crime, ruling on a personal injury lawsuit or deciding terms of a divorce, outcomes decided in court can significantly impact the participants’ futures. Fortunately, most people won’t ever experience courtroom drama firsthand, but they can do so vicariously through movies.

Hollywood has long recognized the appeal of the courtroom drama. Just look at the number of legal films made over the years. Trying to narrow that list down to the best legal movies ever made is almost impossible. There are films covering every aspect of law from capital crimes to civil suits over environmental issues and unlawful terminations, to divorce, and even to war crimes. Every “Best List” out there has its own version of top legal movies, but the one movie they all place at the top of their lists is the classic, To Kill A Mockingbird. This 1962 film starring Gregory Peck won three Oscars and was recently revised as a Broadway play.

Other legal films included on almost every “best” list include:

And, of course there’s my favorite, the Oscar winning My Cousin Vinny starring Joe Pesci and Marisa Tomei, because we all need to laugh at ourselves once in a while.

What movies would make your “Best Legal Films Ever” list? The choices are endless.