Protecting What's Important to You Serious Legal Counsel
Contact Us Now For a Free Consultation
Please click Award & Selection Criteria & Methodology for information regarding the specific criteria used for selection of each of the above awards.
Home
Community News
October 2019 - Going the Distance to Fight for Clients’ Rights

October 2019 - Going the Distance to Fight for Clients’ Rights 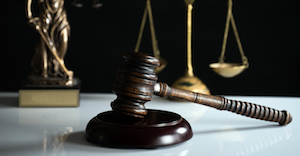 When dealing with the law, it is important to understand and fully exercise your rights as they pertain to your situation. Failure to do this can have serious repercussions in any future legal matters you may face. An example of this was evident in a recent case of mine.

This past August, I had the very rare opportunity to argue before the New Jersey Supreme Court in a case of constitutional import. My client was facing certain jail time for a DUI charge had the court not recognized that a basic constitutional right had been overlooked.

We fought this case through the Superior Court Law Division, the Appellate Courts, and all the way to the highest court in the state, where we prevailed against the State Attorney General’s Office and the Middlesex County Prosecutor’s Office. In a unanimous 7-0 decision, the NJ Supreme Court ruled that a previous DUI conviction cannot be used in a later DUI case for the purposes of sentencing if:

When you’re in trouble with the law, it’s comforting to know you have someone in your corner helping you navigate a difficult, oftentimes scary situation. Emotions can cause you to overlook or misunderstand even your most basic constitutional rights.

I’ve worked with the law all my adult life, first as a police officer and now as an attorney. I respect our laws, but I wholeheartedly believe the punishment should fit the crime, not exceed it.

This was the third case I argued before the State Supreme Court and won. As an attorney, the most important thing to me is protecting my clients’ rights and seeing that they receive fair, just and compassionate decisions no matter what their legal issues involve.