Protecting What's Important to You Serious Legal Counsel
Contact Us Now For a Free Consultation
Please click Award & Selection Criteria & Methodology for information regarding the specific criteria used for selection of each of the above awards.
Home
Community News
October 2018 - Keeping Kids Safe When They Don't Realize They're in Danger 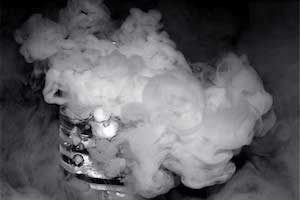 It always amazes me what kids – especially teens – will do to gain increased popularity. Having immediate access to a constant stream of information on the internet doesn’t help.

Many potentially dangerous activities our kids are involved in come in the form of internet challenges. Some are silly (Mannequin Challenge); some helpful (Ice Bucket Challenge); and others (Cinnamon Challenge, Saltine Challenge, Gallon Milk Challenge) can make your child temporarily sick or result in severe – even life-threatening injuries (Boiled Water Challenge, Fire Challenge, and Second Story Challenge). Still others blatantly promote self-harm.

Dragon’s Breath is a snack coated immediately prior to consumption in liquid nitrogen, a compound often used to preserve food. The problem is liquid nitrogen is so cold it can cause severe burns if mishandled. There have been at least six reports of injury or illness related to this snack so far in New Jersey. What’s the attraction? When you eat Dragon’s Breath, it looks like you’re exhaling steam through your mouth and nose, which makes for entertaining video posts on social media.

Health officials have issued warnings against this snack citing that leftover liquid pooling in the bottom of the cup can burn skin on contact and, if ingested, damage internal organs. One Florida mother even alleged the snack provoked a severe asthma attack in her son. These warnings have caused some merchants in New Jersey and surrounding areas to pull the snack from their offerings.

Why would kids participate? Because they’re impetuous; they act without considering the consequences. Although they’re only a few years away from being considered adults under the law, developmentally they’re not there yet. The part of the brain that controls rational thought isn’t fully developed until our mid-20s.

The best thing we can do to keep our kids safe is to keep the lines of communications open. Stay informed; ask about their friends, school trends, their opinions rather than their actions. In other words, talk to your kids.