Protecting What's Important to You Serious Legal Counsel
Contact Us Now For a Free Consultation
Please click Award & Selection Criteria & Methodology for information regarding the specific criteria used for selection of each of the above awards.
Home
Community News
October 2017 - Think Twice Before Posting Those Photos 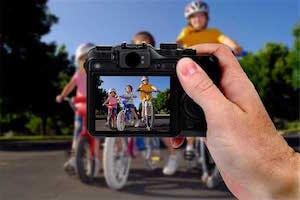 Think your kids spend too much time on social media? Think again.

Over the last three years, social media usage among the 55 and older crowd has increased by almost 50%, per isl.co’s blog published February 1, 2017. And the most popular platform – Facebook; according to Hootsuite, 71% of U.S. adults with internet access use Facebook.

For parents today, social media is the digital equivalent of a wallet bursting with snapshots. Halloween is prime photo-op time but, before you share those photos, be careful.

Because children might not understand the dangers of sharing personal information online, the Children’s Online Privacy Protection Act (COPPA) was adopted in 1998. COPPA prevents websites and online services from collecting personal information from children 13 and younger. Parents, however, should understand the dangers. Before posting that next picture, ask yourself if you are violating your child’s privacy and putting his or her safety at stake.