CORONAVIRUS (COVID-19) NOTICE LEARN MORE
Protecting What's Important to You Serious Legal Counsel
Contact Us Now For a Free Consultation
Please click Award & Selection Criteria & Methodology for information regarding the specific criteria used for selection of each of the above awards.
Home
Community News
June 2021 - Separation vs Divorce: The Differences & Similarities 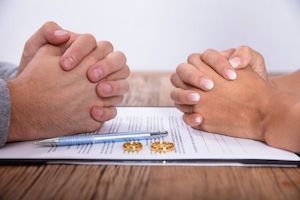 When your marriage is irreconcilable, what is your best option: legal separation or divorce?

In divorce, the marriage is dissolved by court order after which spouses proceed with life as single persons and can remarry if they so choose.

A separation, on the other hand, does not terminate the marriage; rather, it is a formal arrangement whereby a couple is considered still married but living apart. Remarriage is prohibited without first obtaining a divorce.

The two arrangements do have several things in common:

Separations could be a viable option for couples whose religious beliefs prohibit divorce. Financial considerations are another reason to opt for this arrangement. Separated spouses may be entitled to certain benefits (Social Security, pension, military) and health insurance coverage as if still married. Other reasons a couple might choose a separation:

Because ending a marriage is complicated, couples would benefit from professional counsel when making the decision that best suits them.