Protecting What's Important to You Serious Legal Counsel
Contact Us Now For a Free Consultation
Please click Award & Selection Criteria & Methodology for information regarding the specific criteria used for selection of each of the above awards.
Home
Community News
June 2019 - When Routine Procedures Lead to Medical Errors 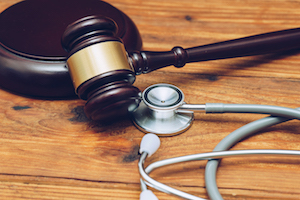 According to a recent study, one in seven Medicare patients experienced medical errors while in the hospital. But medical errors can happen anywhere – hospitals, doctor’s offices, surgery centers, nursing homes, pharmacies, even the patient’s own home – and they occur more frequently than expected in connection with routine procedures.

Six routine procedures have been identified risk areas: biopsies, injections; medical imaging, punctures, tube insertions, and scopes. Things that can go wrong with some of these procedures include:

One possible explanation for such errors may be that the frequency with which these procedures are performed can affect the level of attention and care used. Another possible explanation is that many of these procedures are now performed in outpatient settings that have fewer resources and less supervision than larger hospitals. Whatever the reason, medical errors can result in serious, even life-threatening injuries.

Medical malpractice cases are complicated. Several requirements must be met for a claim to be considered valid: the accepted standard of care was violated; the injury resulted from negligence; and the patient suffered significant damages (permanent disability, severe pain and suffering, significant medical bills, loss of income).