Protecting What's Important to You Serious Legal Counsel
Contact Us Now For a Free Consultation
Please click Award & Selection Criteria & Methodology for information regarding the specific criteria used for selection of each of the above awards.
Home
Community News
January 2017 - Out with the Old; In with the New 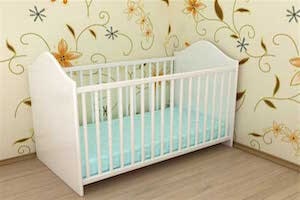 Getting organized is one of the top resolutions people make this time of year and, for some, that starts with clearing out the clutter they’ve accumulated. It’s funny what we save. Often it’s more for sentimental reasons than practical ones.

Consider baby or children’s items for instance. Safety regulations have come a long way since my kids were little. Items we used back then are considered unsafe now, and laws have been passed regulating the sale and manufacture of some of these products.

Cribs – Those made more than five years ago technically are considered unsafe today. The once popular drop-side cribs can no longer be sold in the U.S., and that applies to retail stores, second-hand stores, and even garage sales. A safer, less expensive alternative for someone looking to save some money may be a portable crib.

Playpens – The last safety updates regarding playpen manufacturing were issued in 1999, so anything made prior to 2000 probably shouldn’t be used today.

Car Seats – Did you know that children’s car seats have a lifespan of between six and eight years regardless of whether or not they’ve been involved in an accident? That’s because the material they’re made from degrades overtime.

Even smaller items like clothes and toys may hold some hidden dangers. Drawstrings pose a risk of strangulation and unsecured clasps, including buttons and zippers present a choking hazard. With toys, check for recalls, chipped paint, and lost pieces. Be aware that the paint on older toys may contain lead.

If in doubt, toss it. Like they say, it’s better to be safe than sorry.