Protecting What's Important to You Serious Legal Counsel
Contact Us Now For a Free Consultation
Please click Award & Selection Criteria & Methodology for information regarding the specific criteria used for selection of each of the above awards.
Home
Locations Served
Flemington Accident Lawyer 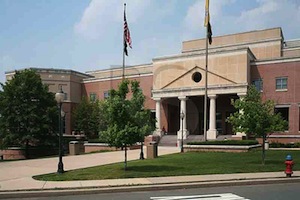 Flemington Borough, the county seat of Hunterdon County, New Jersey and listed in the New Jersey and National Registers of Historic Places, is also recognized as the locale for the notorious trial of Bruno Hauptmann, the kidnapper of the Lindbergh baby. Flemington’s Main Street is nothing less than enchanting with its elegant architecture, hearkening to days gone by, and you are bound to be delighted with the wares available at the many boutiques and art studios. Flemington is a virtual metropolis for the shopper with its factory outlet centers.

As a destination that encourages locals and visitors alike, traffic congestion is the norm. Throw into the mix those traffic circles that New Jersey residents are all too familiar with and you have a recipe for mayhem. Flemington Circle is the largest of the three traffic circles in the Borough and one of only a handful of traffic circles still in existence in New Jersey. Driver ignorance of elementary traffic laws governing rights-of-way in negotiating these circles creates confusion as evidenced by the considerable number of accidents attributable to them.

When you are the victim of such an unforeseen event, you need an advocate to procure the compensation you deserve. If you are the driver having caused the accident, perhaps through reckless conduct or willful disregard, you need a lawyer to manage your defense. In either instance, contact Kearns Rotolo Law.

Anthony Kearns has experience working both sides of the criminal justice system and has garnered statewide recognition as a criminal defense attorney. Former Hunterdon County Prosecutor, Mr. Kearns was the only Prosecutor thus far to have been appointed to the position for 2 terms, giving him the distinction of being Hunterdon's longest serving prosecutor.

Victor Rotolo’s legal career began with his service as a police officer; he obtained his law degree in 1982, and has been servicing the local community as an attorney since then. Victor’s service as an officer of the court in the context of both prosecution and defense situations affords him a unique legal perspective. Additionally, Victor is certified by the New Jersey Supreme Court as a Civil Trial Attorney.

If you have been charged with a motor vehicle violation, contact the legal team at Kearns Rotolo Law to discuss how they can assist you in your personal legal ordeal. The attorneys are legal advocates experienced in dealing with both the courts and insurance companies.

Kearns Rotolo Law is located approximately 14 miles northeast of the Flemington Circle. If traveling from Flemington, take Route 31 north for approximately 10 miles. Look for signs for Interstate 78 and U.S. 22 East towards Newark. Almost immediately after you get on Route 78, take exit 18 for U.S. 22 East towards Annandale/Lebanon; this exit comes up quickly – immediately to your right once you are on Route 78.

Keep right at the fork in the road and continue toward U.S. 22 East. In approximately 4 miles, get into the left-hand lane while keeping an eye out for the Spinning Wheel Diner on your right. Stay in the left-hand lane and make the next U-turn after the Spinning Wheel Diner. Get quickly over to the right lane. Kearns Rotolo Law Building will be on the right and the parking lot entrance is before the building. Enter the firm in the rear of the building.