Protecting What's Important to You Serious Legal Counsel
Contact Us Now For a Free Consultation
Please click Award & Selection Criteria & Methodology for information regarding the specific criteria used for selection of each of the above awards.
Home
Community News
February 2017 - Senior Driver’s Licenses – Knowing When to Let Go 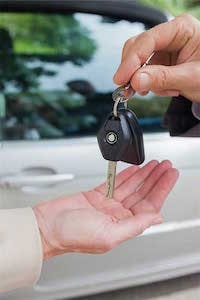 It’s estimated that by 2020, our senior population will reach 70 million, and about 85 to 90% of those seniors will possess driver’s licenses. Some say we are outliving the ability to drive safely by an average of seven to ten years.*

For the most part, seniors are safe drivers. They voluntarily limit their driving to daylight hours and fair weather and avoid high-speed highways and congested roads. They also avoid drinking and distractions while behind the wheel. Still, seniors have the highest crash fatality rate per mile driven, second only to teen drivers. The fatality rate for seniors is 17 times higher than for drivers age 25 to 64 and that fatality rate begins increasing at age 75 and rises sharply after age 80.*

The high fatality rate is attributed more to an increase in physical vulnerabilities than to diminished driving abilities.** Seniors’ bones are more brittle and, therefore, more easily broken, and certain age-related medical conditions can hinder the ability to recover from injuries. Additionally, more than 75% of seniors age 65 and older are on medication, but less than one-third of them are aware of the impact their medication could have on their driving abilities.

New Jersey doesn’t have specific restrictions on senior drivers. All NJ drivers regardless of age must renew their licenses in person. A re-examination consisting of an interview, and a written, vision and/or road test may be prompted by a person’s physical or mental condition and driving record. Re-examinations can also be requested by family members, physicians, EMTs or police officers.

Convincing a loved one to relinquish his/her driver’s license is difficult but sometimes necessary. If you have concerns, get support from a physician or eye doctor. Until then, have that discussion and consider transportation alternatives for your aging loved ones.